The video on demand service from Sony, Video Unlimited, will be expanded starting in the fall, offering the ability to view, as well as playing in standard definition, high definition and in 3D, also a selection of content in Ultra HD resolution. 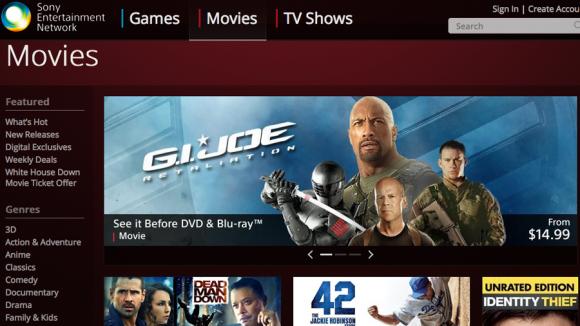 The decision is not surprising: the brand Sony is definitely more active in the promotion of the new format, which has invested a lot of time, having in its range of products, both projectors (one in the catalog, and one probably coming at IFA) and TV Ultra HD.Il service will be called 4K Video Unlimited, and was announced by Phil Molyneux, Sony Electronics President and Chief Operating Officer:

The contents offered will come mainly from the catalog Sony Picture’s, as well as several independent studies. The intention is to expand over time, the library of available files, but it will take time for both to find the master Ultra HD resolution, is to agree with the holders of the rights. At the moment there has been no mention in the territories that will have access to Video Unlimited 4K.